What exactly is the Craftivist Collective?

The Craftivist Collective is exactly that – a collective, an inclusive group of people committed to using thoughtful, beautiful crafted works to help themselves and encourage others be the positive change they wish to see in the world.

But it started with just one person: Sarah Corbett, an award-winning campaigner with 30 years’ practical experience as an activist.

Sarah grew up in a low income area and was attending demonstrations with her parents on local and global issues by the age of three. She went on to have a successful career as a professional campaigner for NGOs including Christian Aid and Oxfam GB, and the UK Government Department for International Development (DFID).

But something wasn’t quite right…

“I love what Sarah does! It’s quiet activism for everyone including introverts” – Jon Ronson

In 2008, burned out from too much confrontation, slactivism and clicktivism, and doubting the effectiveness of many elements of conventional activist, Sarah starting looking for alternatives. When she discovered craftivism – a term coined by American writer and crafter Betsy Greer in 2003 – Sarah realised that craftivism could offer what she’d been looking for: something new to add to her activism toolkit.

With no projects or groups for her to join, she decided to have a go at creating her own craftivism projects. Soon Sarah had developed her own unique ‘Gentle Protest’ approach to craftivism, and had gained a following of friends and strangers around the world who wanted to get involved. And so, in 2009, the Craftivist Collective was born.

Today the award-winning Craftivist Collective has thousands of members, who Sarah supports by developing tools and projects that they can undertake as individuals or by organising their own small group stitch-ins. Plus sporadic events when she can.

Sarah has also delivered talks, workshops and events to over 12,000 people around the world. Her first book, A Little Book of Craftivism, came out in 2013 and a more in-depth guide, How to be a Craftivist: the art of gentle protest, has just been released.

And that’s not all… 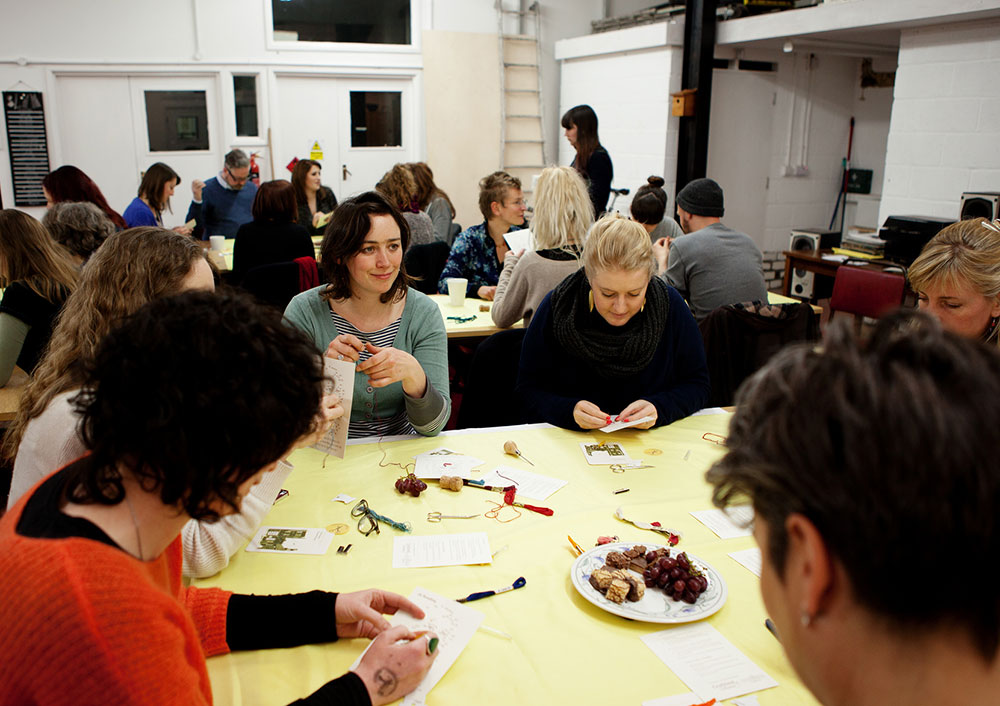 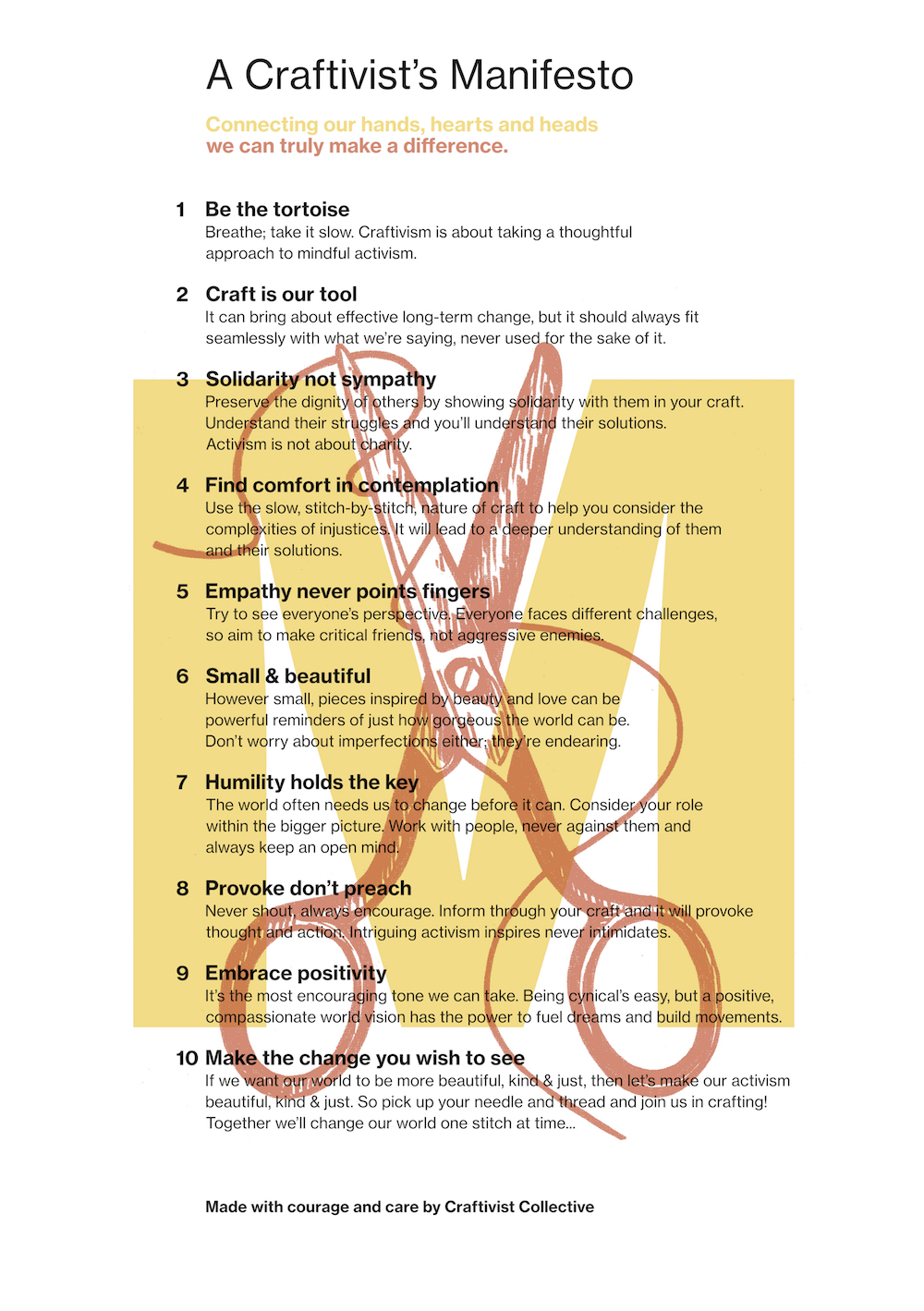 Some stuff we’re really proud of

Over the years we’ve worked with organisations including:

And we’ve been featured in publications such as:

Transform your event with the gentle power of craftivism

Sarah is available for a limited number of engagements each year as a speaker, consultant or workshop facilitator. If you want to include a touch of craftivism or gentle protest as part of your next event or campaign, contact us to see how we can work together.

Love what we’re doing? Heart work is hard work. Be part of it.