Home / Worth writing about… / Crafter-Thought / Campaigning against cynicism 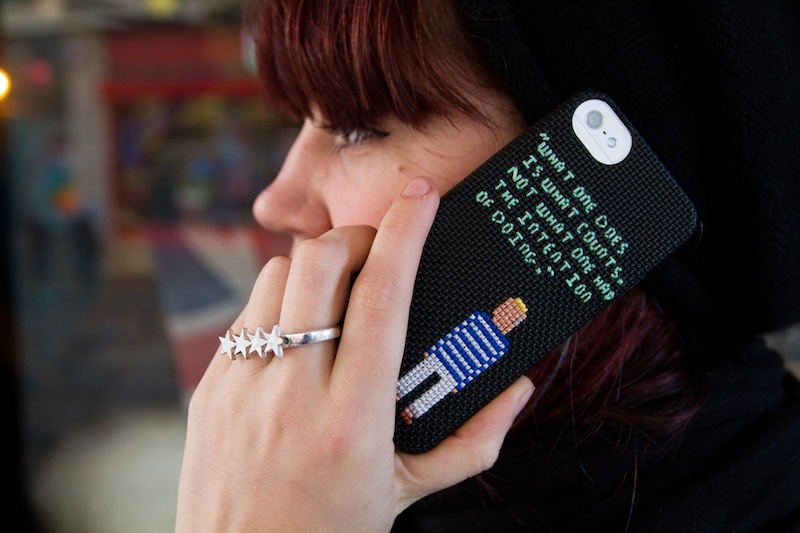 05 May Campaigning against cynicism

Posted at 10:22h in Crafter-Thought, Craftivist Ingredients by Craftivist Collective 9 Comments
1 Like

I have to admit that I struggle when I scroll through Facebook and Twitter and see sweeping cynical statements. Sometimes I reply and ask them not to stereotype all politicians as corrupt or say that there is nothing we can do. Sometimes people agree that it wasn’t a helpful comment and they didn’t really mean to label a whole section of society. Sometimes people thank me for challenging them to be more proactive in shaping our world. Sometimes people get defensive and tell me that I am naive, stupid or even delusional. 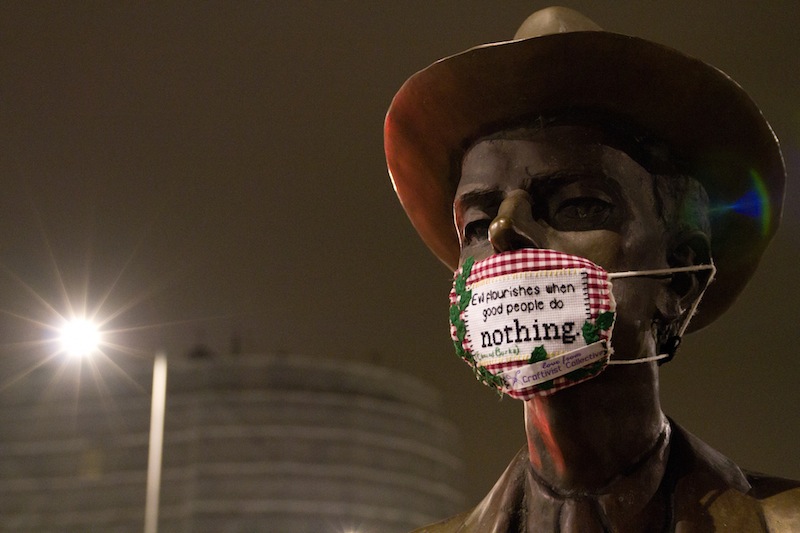 I don’t believe anyone is innately evil but it’s much easier for a lot of us to talk about injustice often than to act against it or to blame others and not our actions. This mask was put up to encourage us all to question injustice, our role within it & MAKE change

I grew up in Everton where local residents against the odds saved local housing from demolition from an un-listening (is that a word?!) local council. When I was voted in by my peers as Head Girl at school we campaigned to get lockers for the pupils. Previously staff said it would never happen but with the help of an influential parent governor and with the agreement from the caretaker that the lockers wouldn’t be in the way of fire exits we got them! At University I campaigned with Amnesty International to Control Arms and after 10 years of campaigning the Arms Trade Treaty was signed in 2013. Yes there have been campaigns that still haven’t been won but we have to keep trying and there is evidence of successful wins throughout history, big and small.

We try and make all of our craftivism projects optimistic, hopeful, encouraging and positive. Complaints don’t build movements, dreams do.

Martin Luther King didn’t energize people saying “I have a complaint”: he said “I have a dream”.

I was lucky enough to hear Desmond Tutu speak at the Copenhagen Climate Change summit in December 2009.Tutu was his typical cheery, dancing self. This man who had experienced apartheid in South Africa said that hope is not a feeling or a mood or a personality type but a decision and choice we make because we have faith that the world can change. Tutu’s words haven’t left me: we need to believe in spite of the evidence and then see the evidence change: for him that was vital in the struggle against apartheid.

Cynicism can be an excuse not to commit.

Doing craft can help tackle the feeling of powerlessness. Craft can help depressed people, reawakening feelings of achieving something; once you’ve done your first stitch you know you can achieve something, you can imagine your piece and a vision of a better world and you reawaken those emotions of excitement, achieving something and being creative don’t you think? 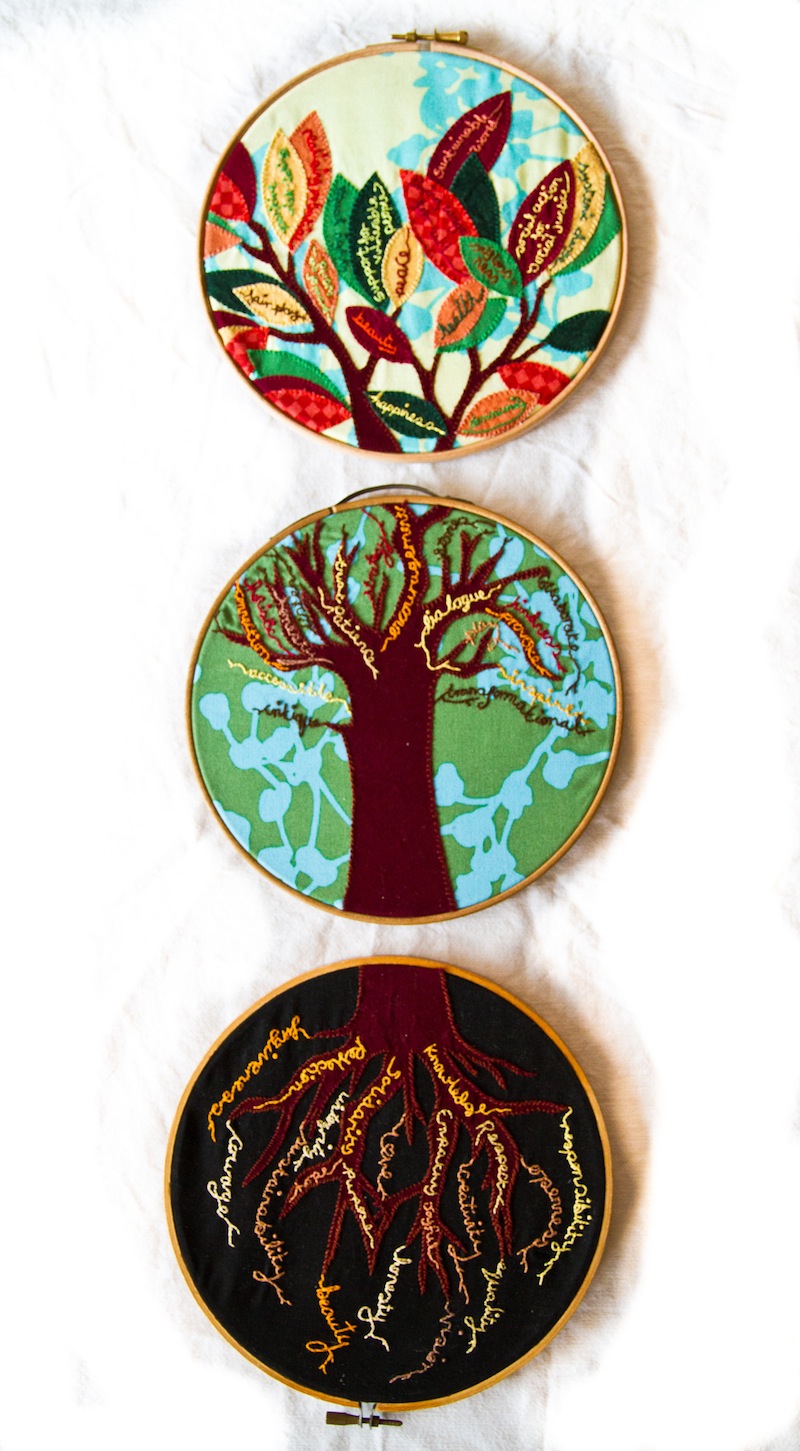 Let’s please be each other’s hope. My Craftivism Tree is a physical reminder to me of how to strive to do effective craftivism: it reawakened in me feelings of hope. My hanky I gave to my MP encourages her to use her influence to challenge structures that keep people poor, and the fact that our craft pieces are hand stitched and unique in their creation reminds us all of the beauty this world has given us and how we can MAKE change one stitch of a time…

Cross stitched phone case of Pablo Picasso that encourages me & others who notice it to actually MAKE change and not get stuck just talking about it lots.