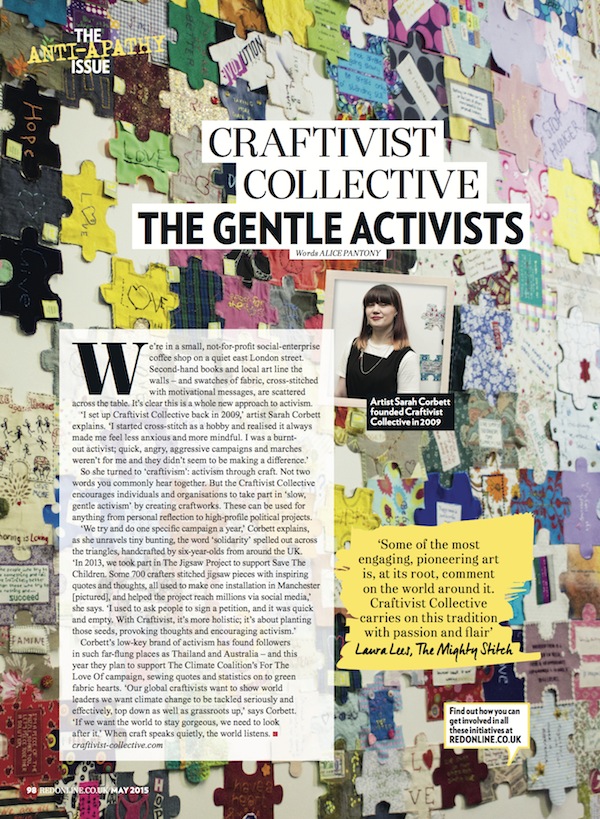 We are proud to say that we are featured in Red Magazine’s first Anti-Apathy Issue (May 2015) out now. Check us out on p98.

“When craft speaks quietly, the world listens” – Red Magazine May 2015

This section of the magazine is a great reflective read and a good challenge to us all to see that campaigning and challenging harmful cultures works & can be done in different ways that make a difference including amongst others:

Katherine Hamnett reminds us that fashion can carry a powerful important message and how she uses them for activism.
Laura Bates, founder of Everyday Sexism reminds us of the power a hashtag can have to be a catalyst for conversations, awareness of harmful habits and demanding a shift in culture & law.
Jamie Bygn, founder of World Book Night reminds us of the power books can have to inspire us, change the way we see ourselves and empathise with others
Us! 🙂 Craftivist Collective on the power of slow, gentle, joyful activism through needlework. The lovely journalist Ali Pantony who interviewed me in my favourite social enterprise coffee shop Paper & Cup send a lovely email encouraging us to keep doing our craftivism. 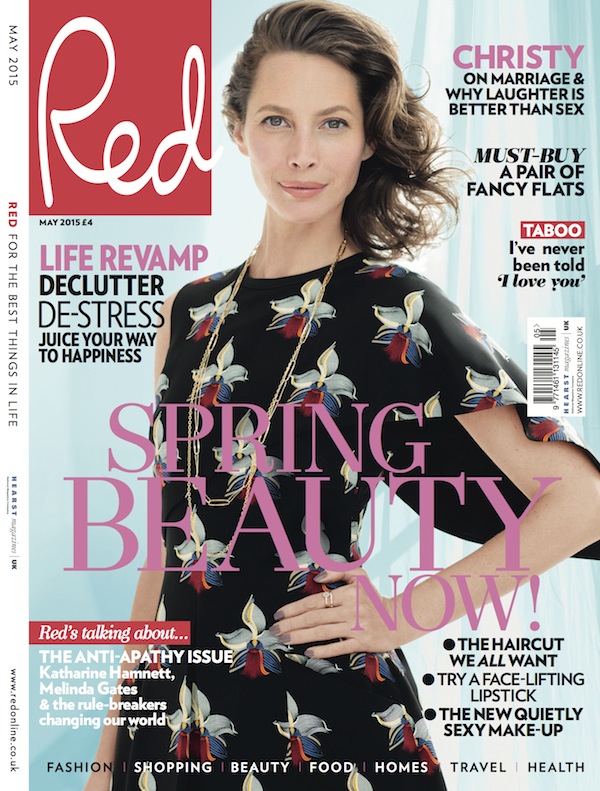 Cover of Red Magazine May 2015 issue. The Anti-Apathy Issue

“You have to ask questions. Never Stop. … It’s really important to speak out and say how you feel” – Katherine Hamnett

Other features in this section include Nimco Ali founder of anti-FGM group Daughters of Eve, musician Kate Nash on her awesomeGirl Gang chats, actor Rooney Mara on using fame to shed a light on poverty & injustice as an Oxfam ambassador, Pheobe Dahl on fashion philanthropy, Melinda Gates the ‘billionaire whisperer’, 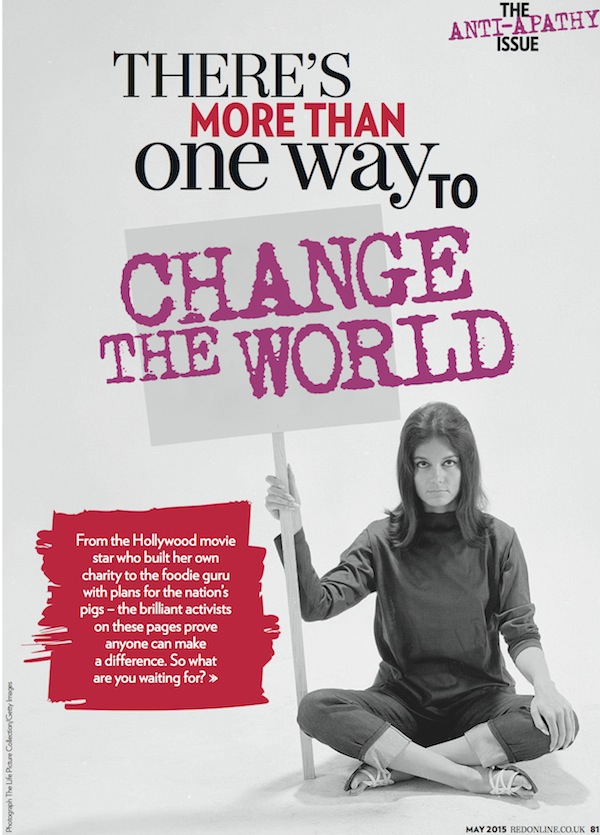 It’s well worth a read and is in shops now. It’s one of the few magazines my mum reads when she has time on a holiday break mostly because of it’s thoughtful articles. I hope Red Magazine make this ‘Anti-Apathy Issue’ a permanent annual issue don’t you? What other ways do you think we can improve the world that hasn’t been featured?