Home / Worth writing about… / All / CRAFTER-THOUGHT: by Nadia Idle on how to fight the ugly side of the fashion industry

CRAFTER-THOUGHT: by Nadia Idle on how to fight the ugly side of the fashion industry

09 Jul CRAFTER-THOUGHT: by Nadia Idle on how to fight the ugly side of the fashion industry

Posted at 11:28h in All, Crafter-Thought by Craftivist Collective 3 Comments
1 Like

This CrafterThought is written by Nadia Idle who is the Activism & Outreach Officer at War on Want. It’s a great blog to read before you start stitching your #minifashionprotest banner to help you (when you are stitching) to reflect on the complexities of how we can best help change the fashion industry so all of it is beautiful and not just the final garment. We know there is no quick fix or one answer to this injustice so we need time to grapple with all of the layers of this industry and crafting can help you focus and engage deeply in this issue. Please do comment below with what your crafterthought was whilst stitching your Mini Fashion Protest Banner– we would love to hear them

Love Fashion Hate Sweatshops – together we can end the exploitation

So many of us love fashion. But the clothes we buy in the UK come at a terrible cost. Millions of workers around the world suffer poverty wages and exploitation, producing cheap fashion for our shops. This is unnecessary and wrong. We must demand a fashion industry that respects garment workers’ rights. 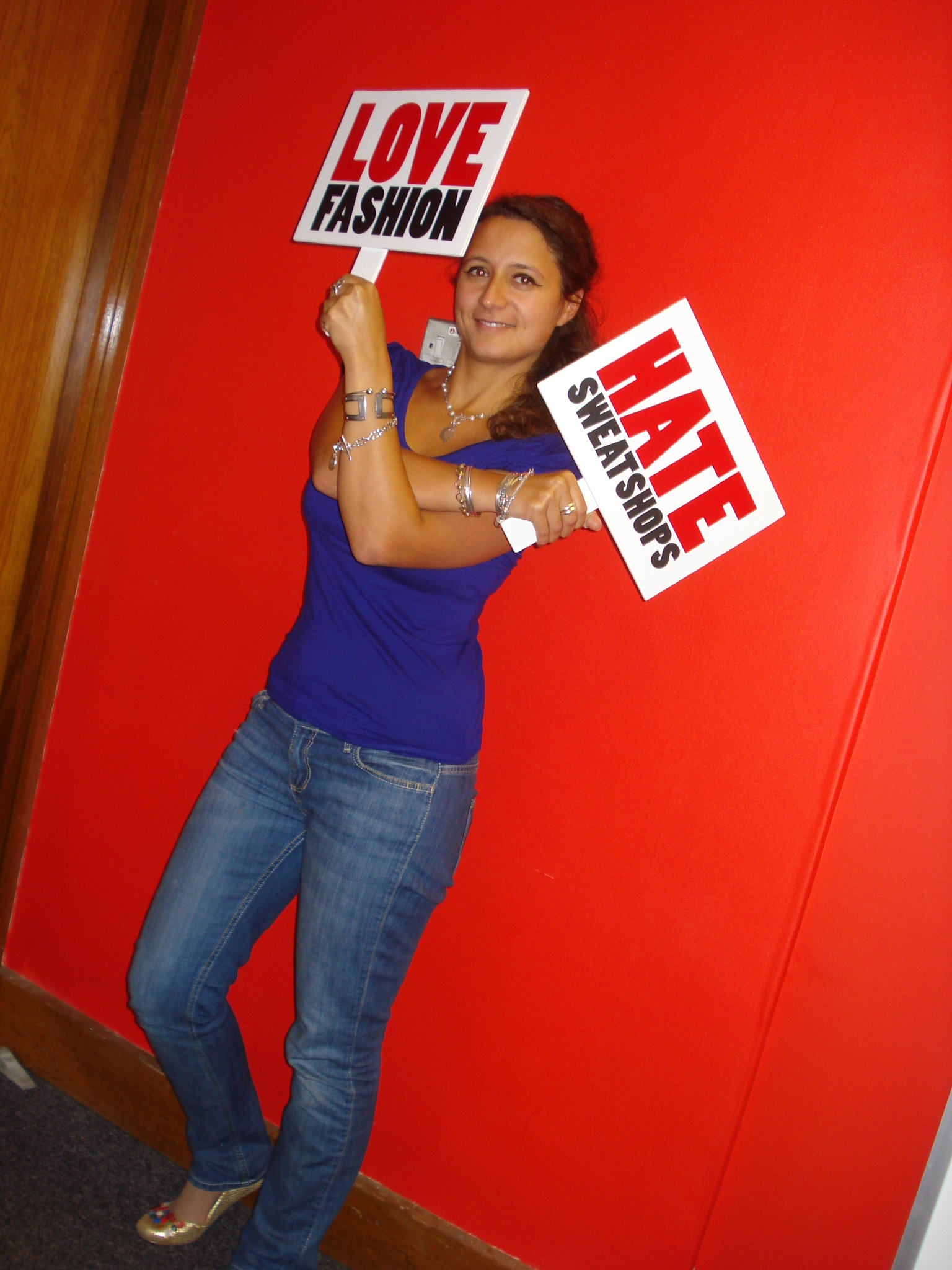 Nadia Idle with her mini placards

On 24 April 2013, an eight-story commercial building, the Rana Plaza, collapsed in Bangladesh. 1,127 people, mostly female garment workers were killed. Approximately 2,500 injured people were rescued from the building alive. But this was not the first factory disaster in Bangladesh or elsewhere. These were all tragedies waiting to happen as factories hear primarily one message from Western brands: either keep costs lower than low or you’ll lose your contracts and we’ll take our business elsewhere. Exploitation in the garment industry was already rife and abuse had been escalating for decades. It was only a matter of time before a massive tragedy happened.

War on Want launched its milestone report Fashion Victims in 2006 and caught the wave of the British public’s growing disgruntlement with exploitation in the fashion industry. The report highlighted that workers, often young women, were being paid 5p an hour to work 80 hour weeks producing clothes for Primark, Asda and Tesco. People demanded to know where their clothes came from, and wanted the assurances that what they were wearing wasn’t made by “sweated labour”. In other words people, with all the best intentions, rushed to boycott the latest high street brand that had been exposed to be exploitative.

But does boycotting brands work? And most importantly when we say do they work, what do we actually mean? It is tempting for each of us, when faced with the latest expose of a particular brand to think “I’m not shopping there anymore”. But we need to look at the bigger picture. We need to make sure that we translate our disgust with the abuse of people, into the sort of actions which will improve the lives of those who work in sweatshops. And although boycotting may make us feel better, we need to ask ourselves if our consumer choices are really the most effective way of bettering the lives of workers in the garment industry across the world. When we ask if boycotts work, we have to ask, for whom? 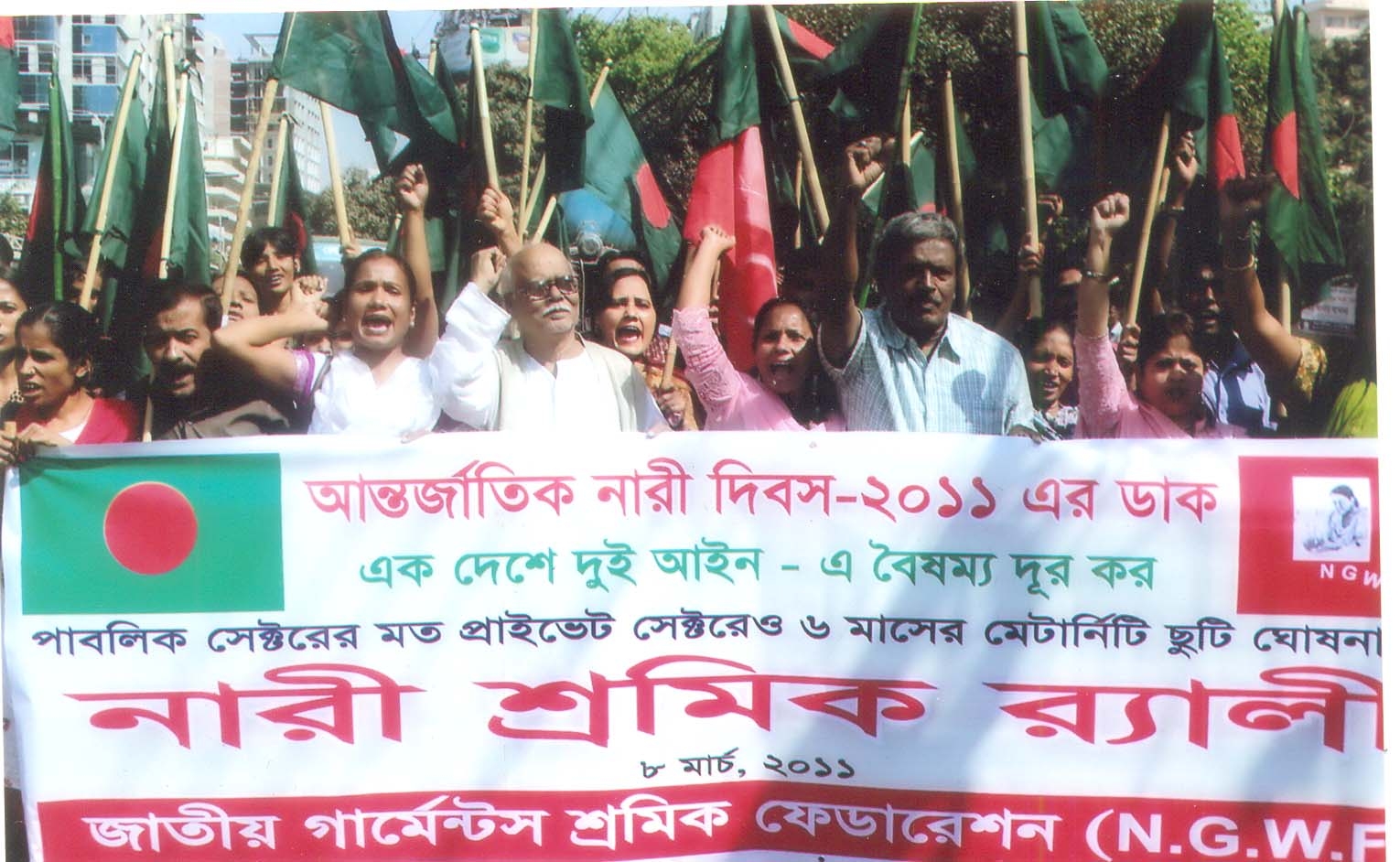 Sweatshop exploitation is endemic on the British high street, so many brands are exploiting workers to make a profit. The truth is that consumerist actions such as boycotts will not better the lives of workers, as our collective actions have minimal effect on each individual brand. Switching our buying from one brand to another, wont fix the underlying system that allows the exploitation to take place. Also the brands’ CEOs will still profit from exploitation, but workers get squeezed even more or lose their jobs. Moreover there is an important and sadly often over looked issue of legitimacy here: what do the sweatshop workers in Bangladesh and elsewhere and elsewhere need us to do to further their cause of fighting for their rights?

The National Garment Workers’ Federation (NGWF), a long standing War on Want partner organisation, has been fighting for the rights of garment workers in Bangladesh since 1984. Based in Dhaka, the country’s capital, and with 7 branches nationwide, it is the largest trade union federation in the Bangladeshi garment sector, with more than 27,000 members. Women workers are at the frontline of the movement with women making up 18 of the 30 members of the NGWF’s central executive committee. These are inspiring and emancipated people fighting for their right to a healthful dignified life. They have told us that boycotts will not help workers in Bangladesh. 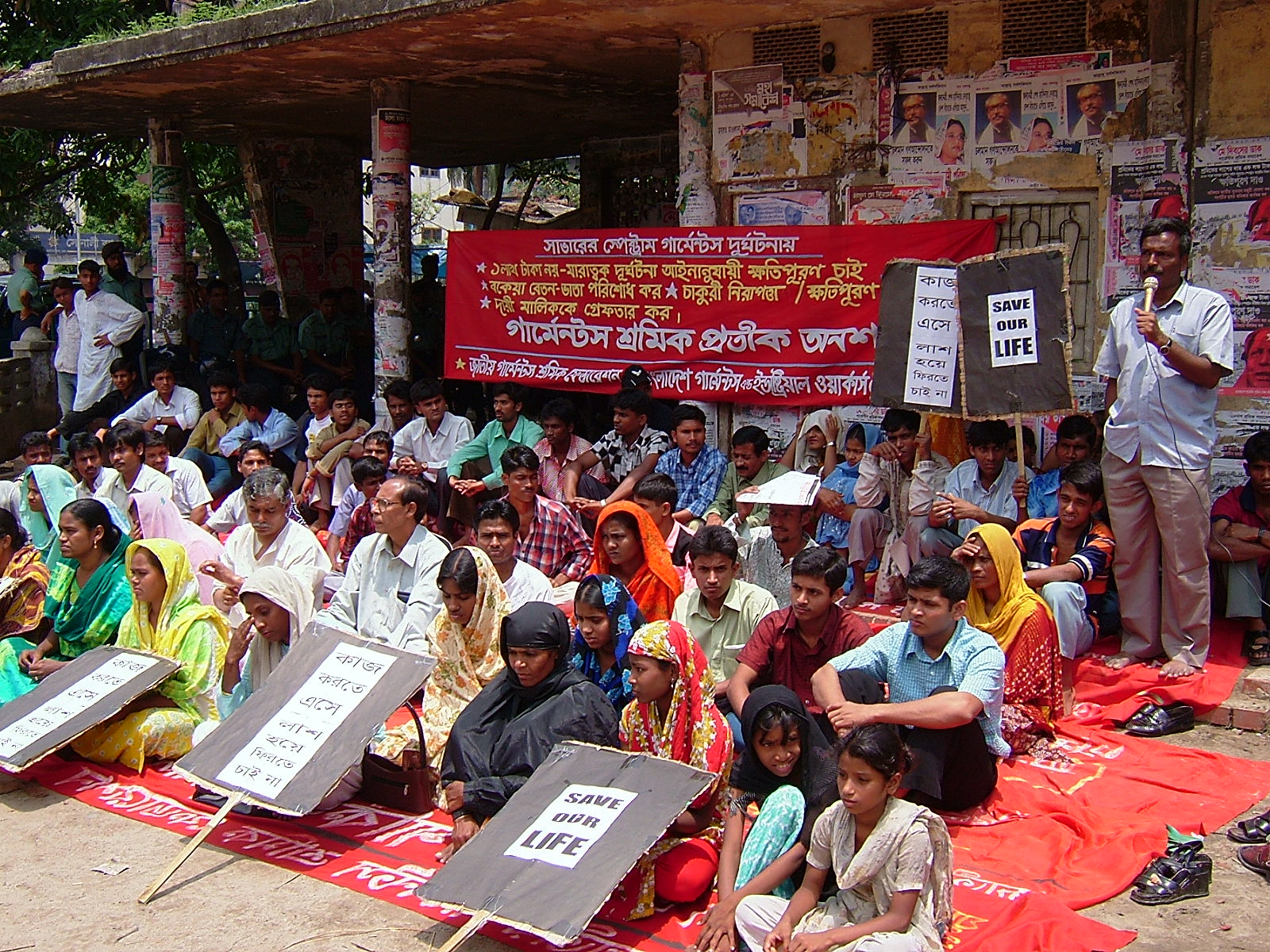 In 2009 we launched our Love Fashion Hate Sweatshops campaign. Thanks to Shoreditch Sisters the National Federation of Women’s Institutes (check out page 1 of our Stitched Up report!), the Craftivists Collective other groups and high profile people for supporting us over the years! And most importantly thanks to the thousands of people, young and old, up and down the UK, who have signed our long term  petition, calling for the UK government to ensure that workers making clothes for the UK market are paid a living wage, have their human rights upheld and are allowed to join a trade union. The UK government will not act without pressure from us the British public, and we’re in for the long game on this one.

But the Rana Plaza disaster was a game changer which put pressure on the brands directly. It is the deadliest garment-factory accident in history, as well as the deadliest accidental structural failure in modern human history. Unfortunately, it took a major tragedy for many of the brands to wake up to the PR disaster that such a high number of deaths would damage their high street image. I’d like to think that a multinational company can be compassionate about human lives. From what I’ve seen working on this issue for six years, It’s not going to happen. Big brands are after one thing, profit. And they’ll only take action to pay better wages and improve working conditions if they think it will seriously affect their sales. And this disaster scared them.

But I don’t believe the brands would have voluntarily taken action if it wasn’t for the vast numbers ordinary people who were outraged and took action to demand change. On 25April, a day after the disaster, War on Want launched a petition on behalf of the NGWF in Bangladesh, demanding that major brands which had sourced from factories in the building pay compensation to the victims and ensure safety for workers. If you haven’t signed it yet, please do! Since the disaster, over a million people around the world have signed the various petitions demanding that factories in Bangladesh be made safe. 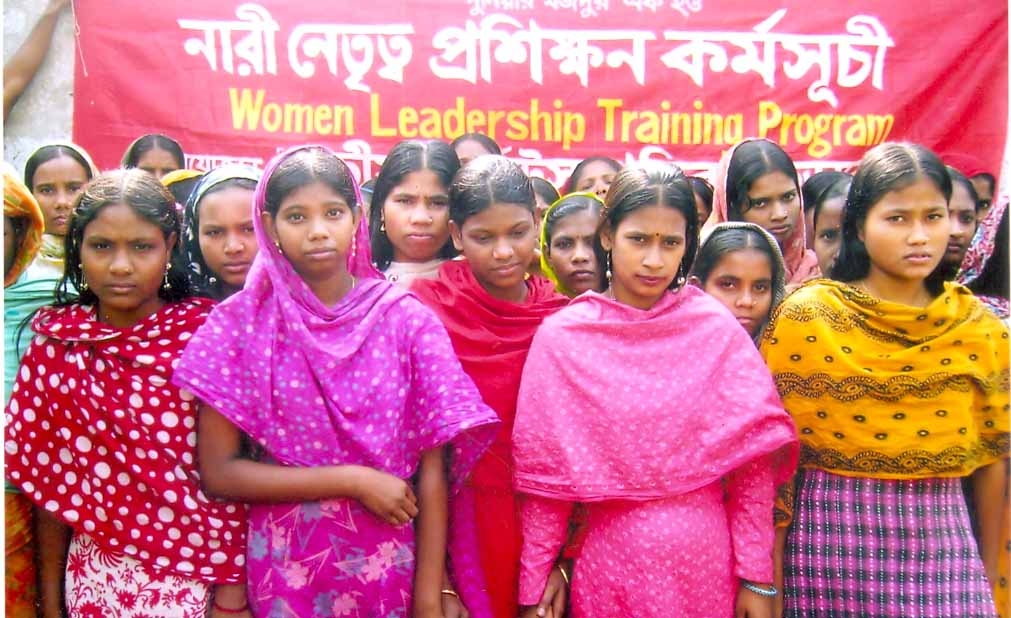 Collective action does work. To date, over seventy brands have now signed the Bangladesh Safety Accord. This is unprecedented. But we must keep up the pressure.

When the cameras are switched off and the media turn to the next big story, it becomes up to us, the citizen, the stitcher, the crafter, the fashionista, the designer, the artists, the blogger, the ordinary concerned human being, to make sure we keep the pressure up. Let’s make sure that we keep the campaign to end sweatshop exploitation alive during the summer of 2013.

Ending the exploitation is a big job – permanent change won’t come overnight. But it’s also a necessary task, and we’re in it to win it. Together we can end the injustice of sweatshops, and ensure the dignity of workers everywhere. Join us!