Home / Worth writing about… / All / Tips on how to engage your MP in the #imapiece project (it’s not that scary, honest!)

Tips on how to engage your MP in the #imapiece project (it’s not that scary, honest!)

09 Dec Tips on how to engage your MP in the #imapiece project (it’s not that scary, honest!)

‘Lobby’ sounds like a scary word but it basically means your are seeking to influence on a particular issue. One craftivist Fran Swaine (who writes the brilliant Skulls and Ponies blog) has just come back from meeting with her MP for the #imapiece project & has some great tips for us all: 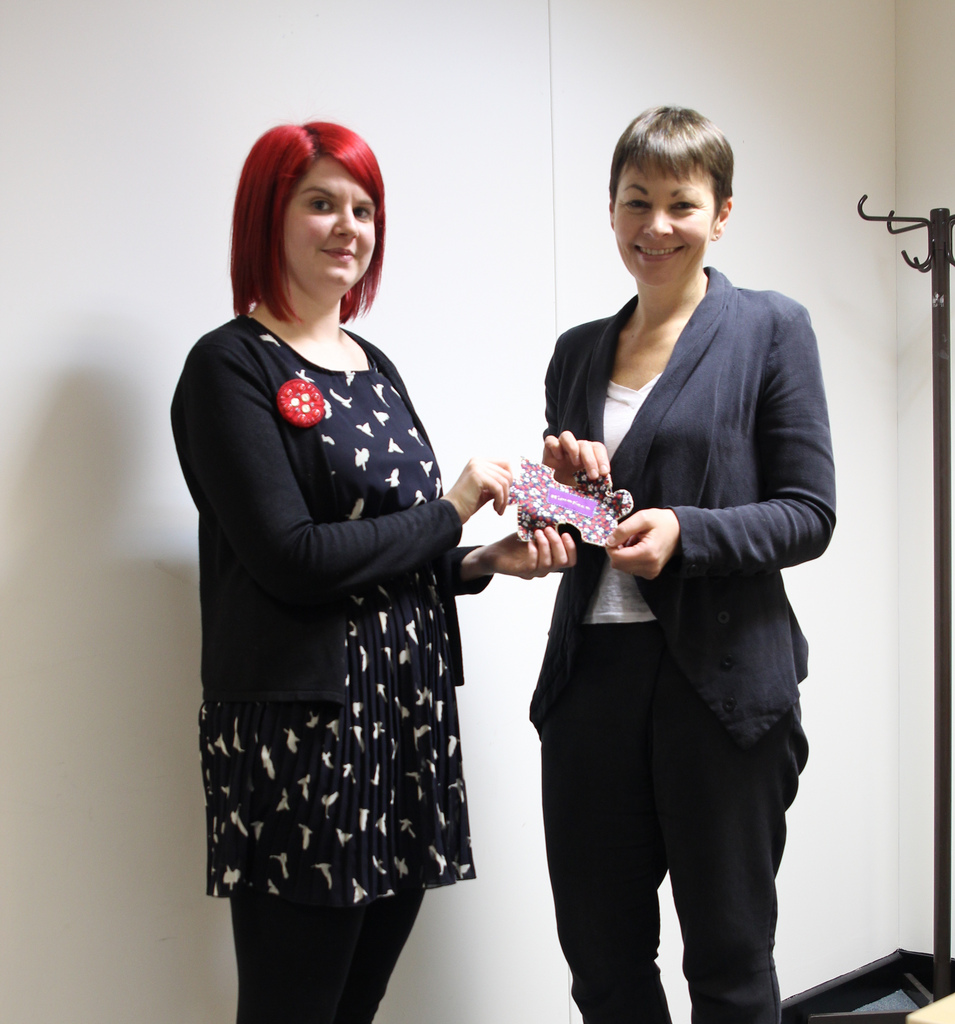 The idea of lobbying your MP can sound a bit daunting – and you might feel like you don’t have enough information to talk to them about an issue you feel strongly about.  What’s great about the #imapiece campaign is that it focuses on an issue that everyone already knows all about. Hunger is a global problem and as a result you won’t have to spend your meeting with your MP making sure you get in all of the facts.

I recently went along to meet my MP Caroline Lucas – and it couldn’t have gone better. I wanted to share some of the things that helped my meeting with my MP go so well – so that other craftivists feel confident enough to go speak with their MPs and ensure the #imapiece campaign gets the attention it deserves.

To make sure you are prepared for your meeting, do some research before you go. Save the Children and Craftivist Collective have provided all the information you need to know about the campaign – so make sure you feel comfortable with what this campaign is and what we are hoping to achieve.

It’s also worth looking up some information about your MP– what are they like? What campaigns have they supported in the past? My MP for example already supported hunger being put to the top of the G8 agenda – and I knew this would be likely as she had worked for Oxfam for 10 years prior to becoming an MP. 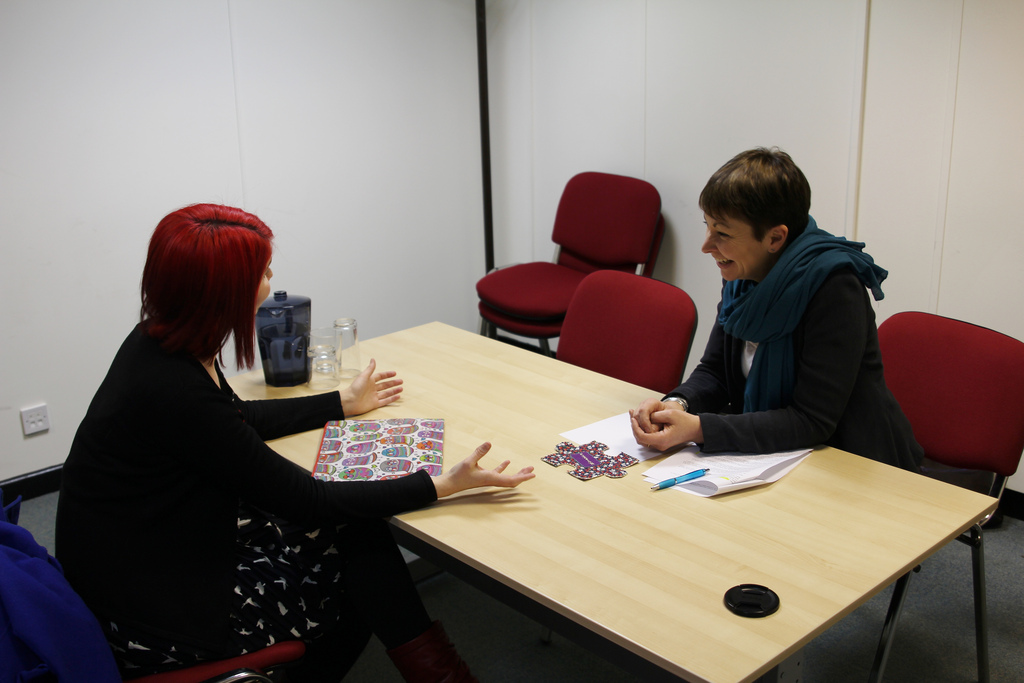 Focus on the #imapiece campaign

One of the things I was worried about was remembering all of the shocking statistics – but as I mentioned earlier – MPs already know the severity of the hunger crisis – so instead of focusing on this, focus on the #imapiece campaign itself. Tell your MP about craftivism and what it’s trying to achieve, talk about the different elements of the campaign such as the art installation and keeping a jigsaw piece for yourself. All of this information is really interesting – and likely to stick in your MPs brain and make the campaign seem more memorable.

Remember they are human too!

MPs are humans, just like you and I. This means they have thoughts and feelings too. Ask them how they feel about the campaign and why it’s important to them! For example, I told Caroline about some of the people that came along to the stitch-along event I organised and why they wanted to be involved. One woman told me that as a Mum she couldn’t bear the thought of any child going hungry, or not being able to provide for her children. Showing the human element of the campaign is really important – and your MP will very likely empathise. 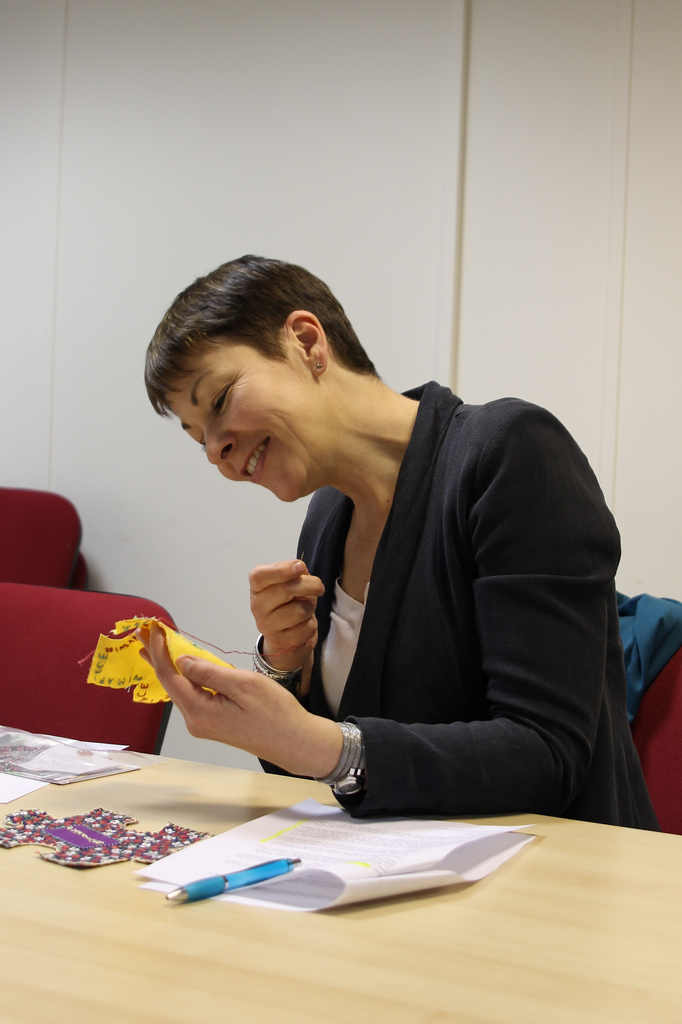 Talk about why you’re involved

Above all else, tell your MP why you are involved. After all you are one of their constituents and they want you to vote for them. If they can understand why you support this issue, they’ll have a better understanding of how they can win your vote. For me, I told Caroline about why I loved the idea of crafting as a form of activism – that it was “slow burning activism” that really got people thinking – rather than simply getting caught up in a wash of emotion which quickly dissipates.

This might not work for all MPs – but it is definitely worth a shot! I presented Caroline with her own DIY jigsaw piece kit and asked that if she have some spare time she might like to have a go. Realistically though, unless she’s a secret crafter – it’ll probably get thrown to the back of the cupboard. So as well as this, I asked if she’d be willing to give a bit of embroidery a go. She admitted she was a bit nervous – as she hadn’t done any since she was at school where her sewing teacher informed her she was rubbish! Caroline gave it a good go and was surprisingly natural at it, and even said she really enjoyed doing it and could see why it was such a good way of getting people to think about the issue. That in itself is really important – it meant now she can understand why people want to get involved in the campaign, how it makes them feel and why others will want to support it. 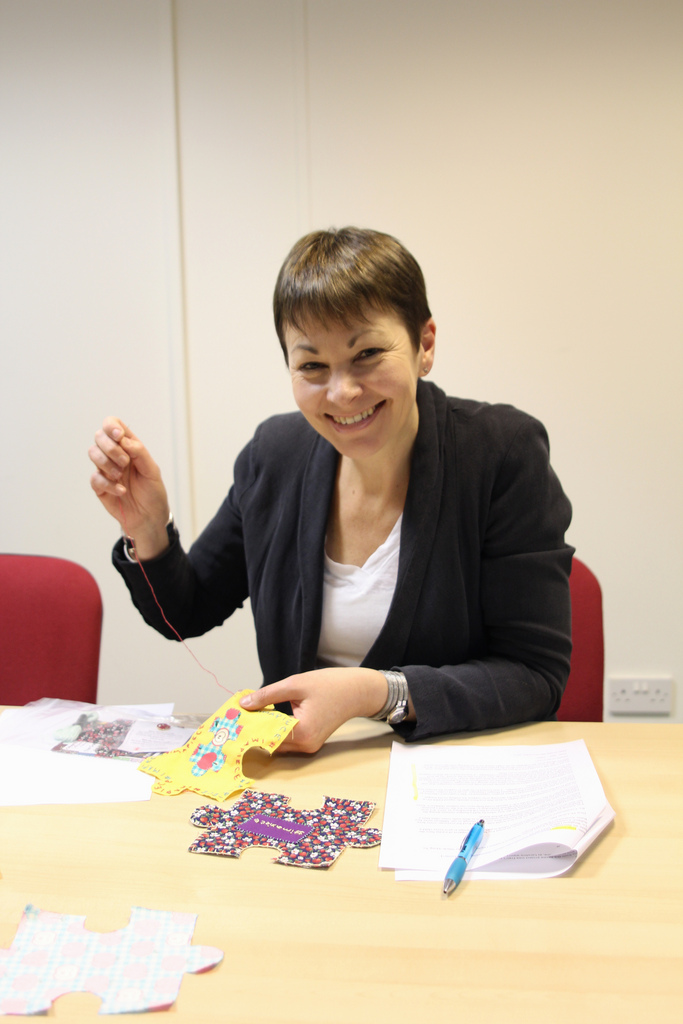 Of course, if you take photographs – it’s also a great way of us collecting pictures of lots of MPs stitching and spreading the craftivist message!

Finally, ask your MP to take action. If you pop along to a MPs drop-in surgery they usually expect you to be asking them something. In fact, I was asked to fill out a very simple form at the start asking what I wanted out of the meeting. I thought this was really good actually – and Caroline’s PA informed me that it ensures that they can follow up our meeting properly.

I asked Caroline to show her support and her party’s support in any way she could and to write to David Cameron and ask him to put hunger at the top of the agenda at the G8 next year.

After the meeting Caroline tweeted her support to me and to the campaign saying she loved the project!

It can feel intimidating going along to meet your MP, but remember they are YOUR MP. They are there to represent you and your thoughts and opinions. I think the most important thing to remember, is that they are human too – so when you talk about the campaign – just imagine you are sat in a pub or café telling a friend about an awesome activism campaign you are involved in. It really is as simple as that.

Head over to our #imapiece page for all the info you need and contact us on craftivistDOTcollectiveATgmailDOTcom for any questions or extra help on contacting your MP you might need:)