Posted at 22:07h in All by Craftivist Collective 0 Comments
1 Like 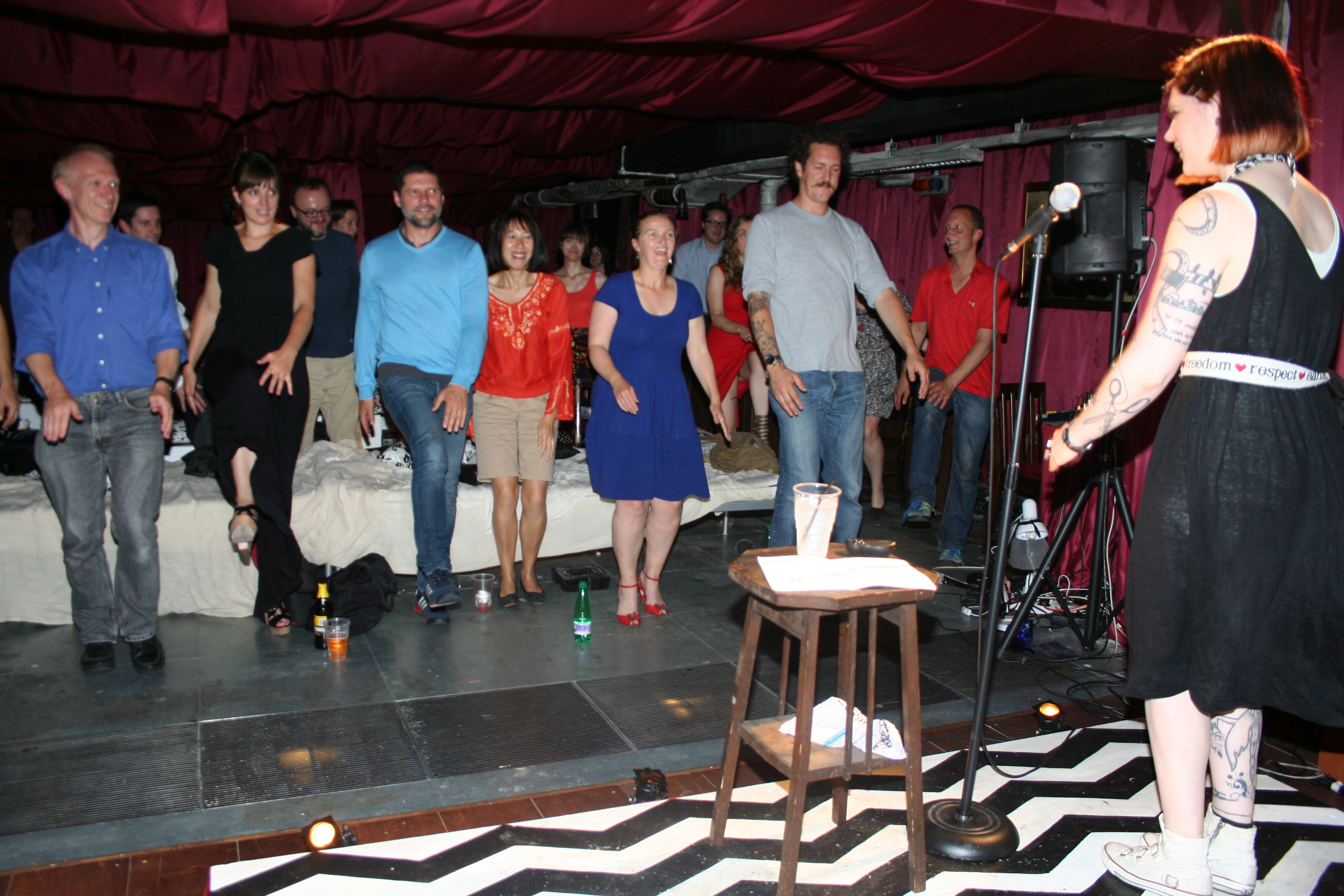 I nervously warm up the audience before my talk

So instead of me (Sarah C) writing a blog about the talk I gave at the Salon London Future Victorians event (which felt like a very odd thing to do), I asked the wonderful people at Livity if any of their young people would like to get a free ticket and blog about if for us. Tej’s email popped up in our inbox saying she loved the sound of the event and Craftivism and would be keen to write the review for us. I then got a bit cheeky and asked if she would do a vlog too which she is editing at the moment and will be up in a few weeks. Thanks Tej! 🙂 Read her blog review here:

Times are a changin’

The second night of Salon London’s Future Victorian talks began with speaker Ben Hammersley. Hammersley is a genius- his talk was witty, humourous and entertaining. Reflecting on the speed of changes to technology- he acknowledged that the human race was facing unknown territory as technological advances are dictating so much of our lives. But his talk fell short in his focus on how the future, and our future selves would be shaped more by technology than human endeavour. Our relevance to our own futures pales in comparison to our own inventions. His message for the future? The times, they are, and will keep on a changin’ according to science and technology alone, “artificial intelligence is replacing you, I hope you can sleep well tonight”.

The future is yours if you choose to claim it

This made the messages that came from the next two speakers all the more crucial and urgent. JP Flintoff was next, where he built on the ideas he explores in his book How To Change The World. Flintoff focused on psychology, the power of the mind and the endless possibilities that lie at our feet when we not only make the right choices, but acknowledge that we have power because we have the free will to choose, and to act. It’s embracing the knowledge that each act and each choice contributes to history and affects not only our own worlds, but also the world around us.

But changing the world needn’t be about huge, sweeping changes. He decided that the little changes he could make in his own life would also make a difference. So he changed his buying habits, moved from being a consumer to being a creator: he even started making his own clothes, growing his own food, and adopted a quiet form of activism – speaking to his neighbours (people still do this?) to encourage them to change their lifestyles too. Flintoff’s message: The future is yours if you choose to claim it. 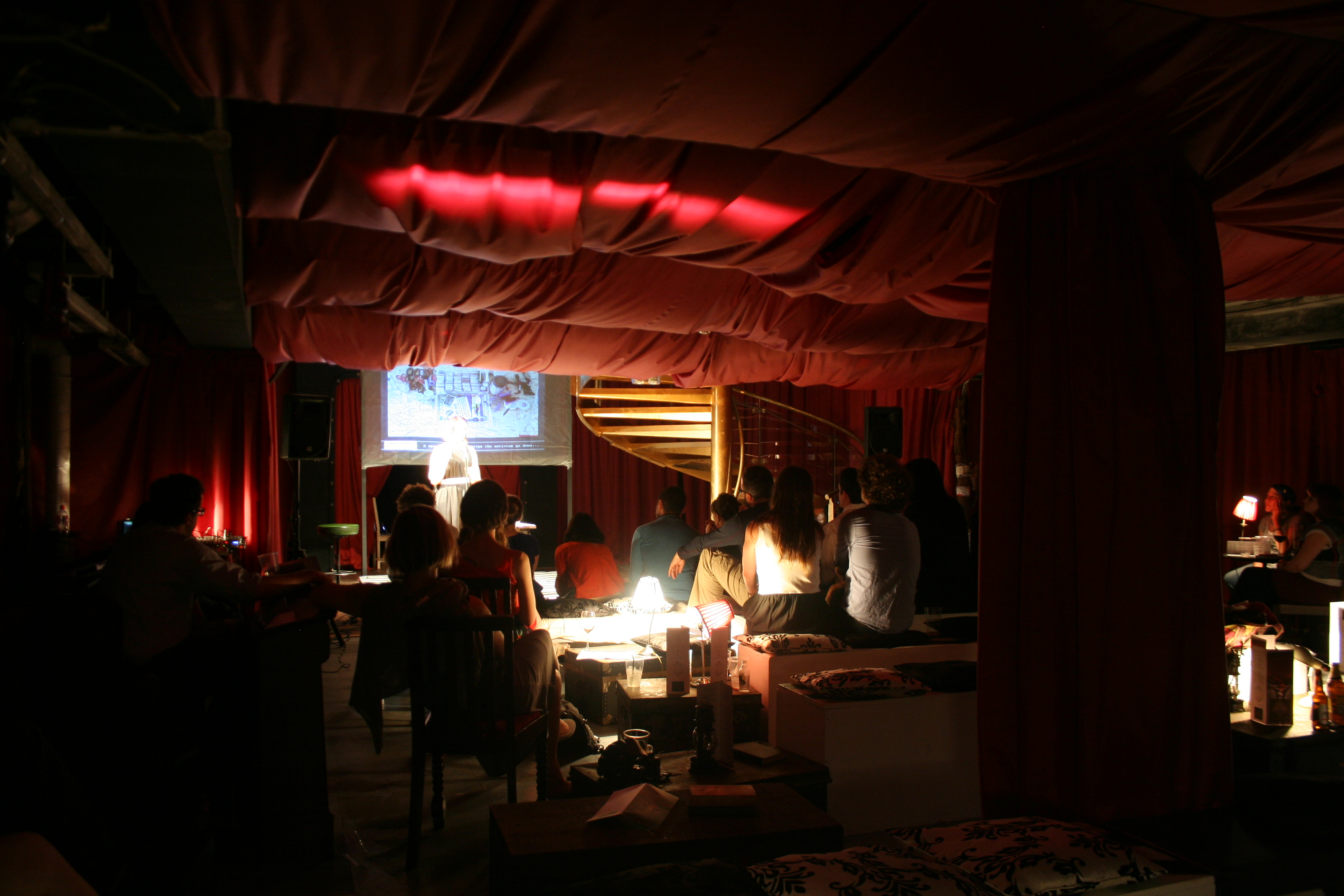 Me on the stage at Salon London

The final speaker, Sarah Corbett, founder of the Craftivist Collective, continued the creative theme with her talk too. There to speak about the power of arts, craft and craftivism, what lay at the heart of her message was the power of human creativity, expression and endeavour to move people and harness change.

Craftivism is as grassroots as you can get

“Craftivism is slow activism”, Corbett declared. In a world of instant gratification and instant updates on Twitter and Facebook – the idea of any slow activity could seem a little anti progressive. But as a “burnt out” activist, Corbett was tired of having to fill quotas with lots of people signing petitions and only being connected to a cause for five minutes before going back to their lives; or going on demonstrations to demonise politicians with lots of loud angry folk. How could a creative introvert like her make a lasting difference to the issues of injustice that pre-occupied her thoughts continuously?

The answer lay for her in Craftivism- using her passion for craft to communicate and campaign.

Craftivism is powerful because it’s pure, unadulterated people power. It’s as grassroots as you can get- with little groups all of the country sitting down, engaging with issues, bonding through creativity and communicating with power with a refreshing human approach. Rather than pelting paint at a politician, Corbett would sooner speak to them, hand them a hanky with a hand-stitched message and plead with them not to “blow” (geddit??) their opportunity to change the world. It’s the element of surprise, simplicity, the care and attention to detail invested in each piece that really move people to take real notice. 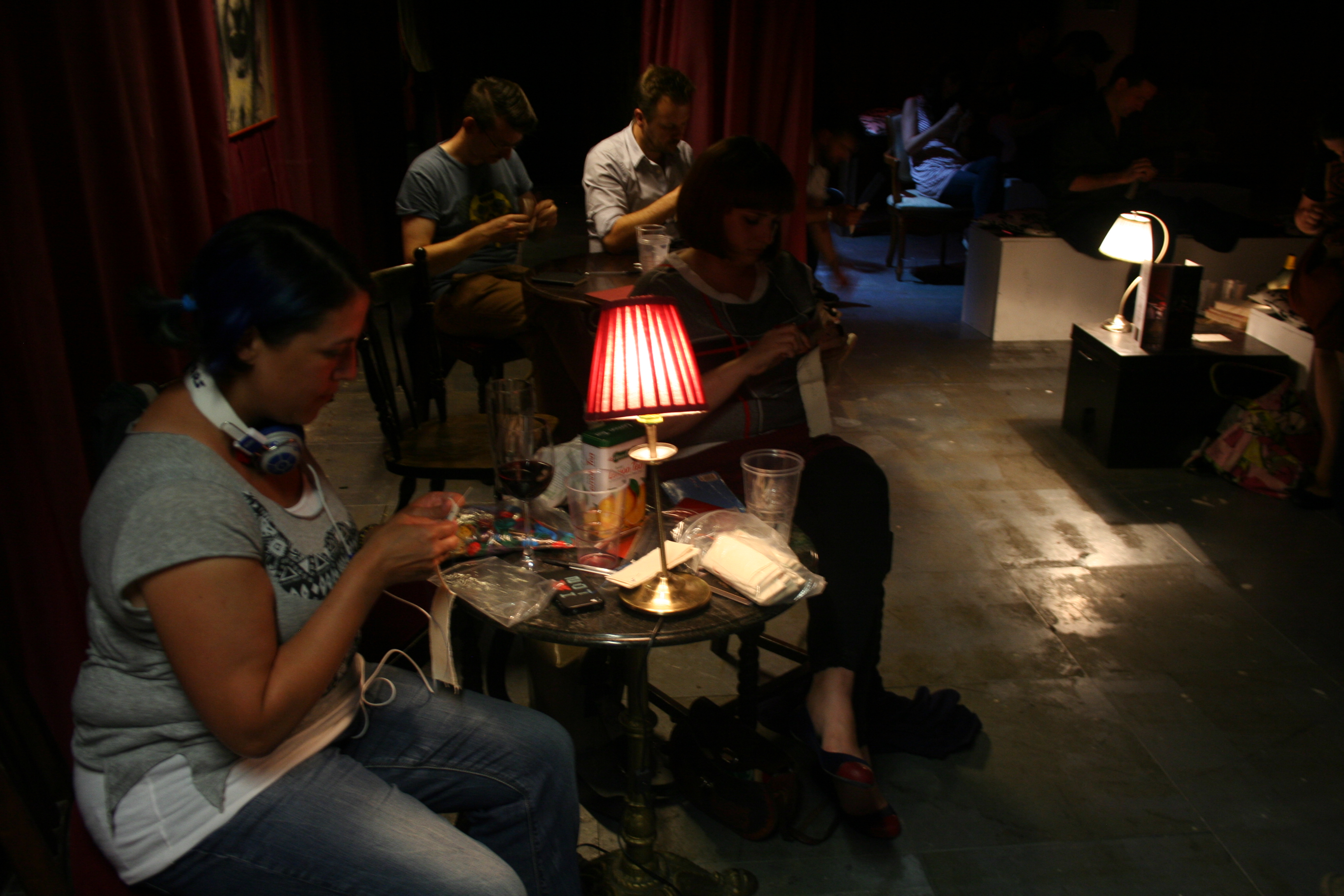 The audience try some Craftivism

Craftivism encourages reflection- not just in the groups who sit down to create campaigning material, but in viewers who are forced to stop and think for longer than five minutes about what they are seeing, what it means to them, what they think and how they feel about it. It’s not only a creative form of communication and protest, but one that encourages creative engagement from all who encounter it. It’s this deep engagement which makes it more meaningful than any number of likes, shares or retweets ever could- especially as it doubles as art that craftivists often leave in public spaces to share and spread positivity.