Posted at 17:03h in All by Craftivist Collective 5 Comments
1 Like 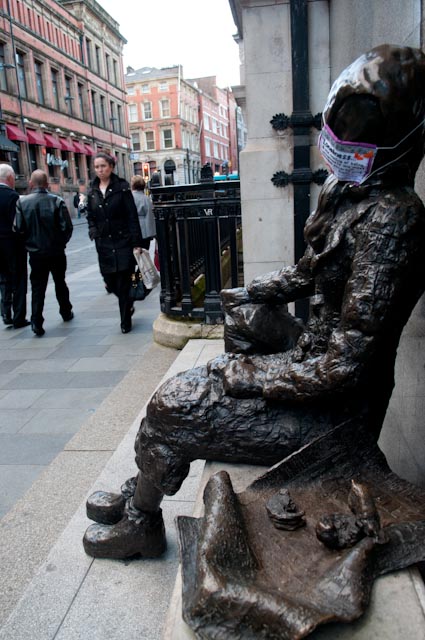 It’s easy to think loneliness is a problem to be solved by the individual: that it has nothing to do with society, politics, or social justice. But 1 in 5 people in the UK suffer from mental illness every year. That’s twice as the amount than in Germany, Spain, and Japan. That can’t be because the British socialise less, or because we as a nation don’t really like each other. 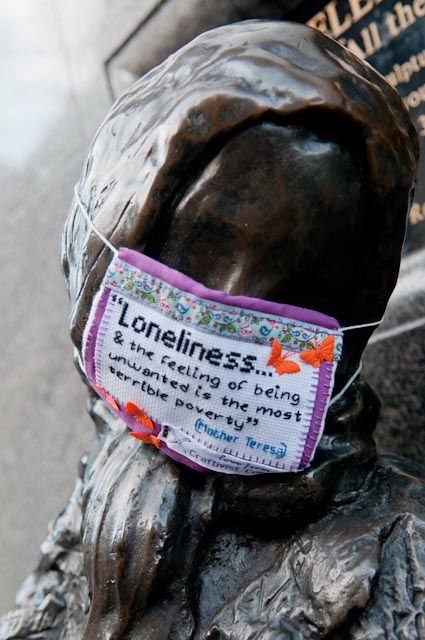 “To be mentally healthy you must value and accept yourself. If you don’t value yourself, you become frightened that other people will reject you. To prevent people seeing how unacceptable you are, you keep them at a distance, and so you are always frightened and lonely.”

Loneliness then, is a by-product of not thinking highly enough of ourselves.

It’s very hard not to judge ourselves by the image of success and value that our surroundings promote. And if we live in a society like Britain, where more importance is stressed on the possession of money, high status objects, and looking good to others, then we are likely to feel pretty crap about ourselves when we inevitably fall short.

Societies at the top end of mental illness scales, are also those that promote themselves as ‘meritocratic’ societies.

Philosopher Alain De Botton says meritocracy is great as an ideal, but that to expect it to work is unreasonable. How can we really believe that every single person at the top of society got there entirely on their own ‘merit’. You’d have to do away with the gene-pool lottery, birthplace, gender and racial inequalities, never mind eradicating bad fortune.

It also means, if those at the top of society deserve to be there, then those at the bottom are in their rightful place too. And the wider the measuring scale, the more distant we feel from one another. Wilkinson and Pickett’s studies spell that our clearly. It turns out that focusing on how well we’re doing in society and how to become ‘better’ at making friends is a root down the wrong path.

Professor of psychotherapy at Roehampton University, Del Loewenthal, says what really matters are people’s individual meanings. Being part of something and being useful are far more helpful than just being with other people.

Research has shown that many people cope well with being on their own as long as they are sure of their role in life. Unemployment often proves to be one of the most catastrophic of life events, not just because you lose out on socialising, but because you lose your value to society.

John Stuart Mill, rejecting his Godfather, Bentham’s, focus on hedonism, discovered that happiness could only truly be found when people refocused their time towards the improvement of mankind and “on some art or pursuit, followed, not as a means, but as itself an end.”

His point was that happiness cannot be pursued as an end. Similarly, loneliness can’t be defeated by large bouts of socialising, but by refocusing your life onto something greater than yourself.

Craftivism is all about that. It’s about being part of something greater than your own wellbeing, of doing something valuable. Craftivists don’t meet up just so they can make new friends (that would just be awkward), but because they want to expose society’s ills in a creative way, not as a means, but as a wonderful end in itself.

It just so happens that by exposing this particular ill, it also shows a model of how to defeat it. 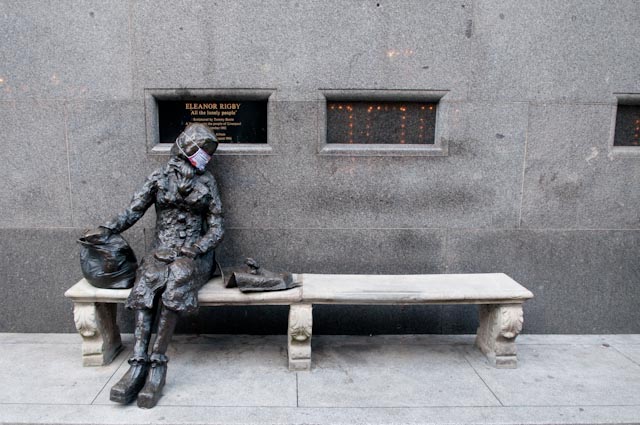