Posted at 14:41h in All by Craftivist Collective 0 Comments
1 Like 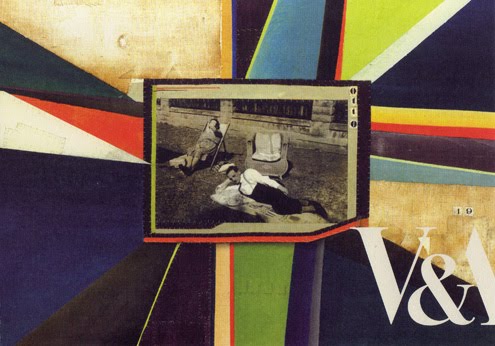 Rosa Martyn writes: The Victoria and Albert Museum, South Kensington is craftivism’s closest ally. A huge building filled to the brim with all different crafts from all across the ages, it rejoices in handmade. It was very fitting then, for the V&A to celebrate the art of quilt making across the centuries – and at its heart, not stated- but definitely present: craftivism.

A lot of quilts are abundant with hand embroidery detailing many different things- one illustrates the entire book of Genesis, another has various scriptures joined together to cover a bed. Whilst these are not overtly political messages- they are messages. Stitched voices attempting to educate or persuade -Craftivism in its infancy.

The future into the exhibition you walk, the more you further into bed you get with the idea of crafting for a purpose. One quilt (1830), made by a tailor called John Monro contains appliqued images of military pride, framed with hundreds of embroidered names of great people – Plato, Chaucer, Socrates, Archimedes, Cicero, Bacon… A dedicated testimony to his idols.

Another quilt was made on a boat to Australia, from the UK, full of female convicts. They each had a one way ticket, and were donaated sewing supplies by The British Ladies Society for Promoting the Reformation of Female Prisoners. Whilst on their extremely long journey – they had created an enormous quilt, appliqued with birds and hand stitched with thanks to the Society. You can imagine that after their arduous crossing and their herculean cross stitching they were transformed into pillars of society. For more about prisoners stitching, please see Fine Cell Work, the charity who do amazing work in UK prisons.

Grayson Perry’s quilt stands out for me as being the worst example of quilting in the entire exhibition. Each quilt is a celebration of its maker- the person that sat sewing it laboriously, the person that planned out each piece and placed each stitch with love. Perry’s quilt, however – is not so. The concept is presumably his – I will give him that, but the execution was clearly passed onto other nameless workers without a second thought from Perry. He appears to champion the handmade in all his other works- dedicating himself to the making of the pots and ceramics by his own hand, yet in his textiles, he casts it aside. Pass it onto another; send it off to a foreign country to be made by a computer! This undermines everything that the quilting exhibition apparently seeks. Sure, the quilt is rife with a craftivist message- being covered in images of human foetuses, but the dedication to the craftivism that requires the maker be the maker- ignored.

Written by Rosa Martyn, an active London Craftivist Collective member who is currently studying Hand Embroidery at The Royal School of Needlework in South West London. To see more of Rosa’s articles and her own handiwork check out her blog.