Home / Worth writing about… / All / Sheffield Docfest 2009: shmoozing with film-makers and backers!

Posted at 19:14h in All by Craftivist Collective 0 Comments
0 Likes 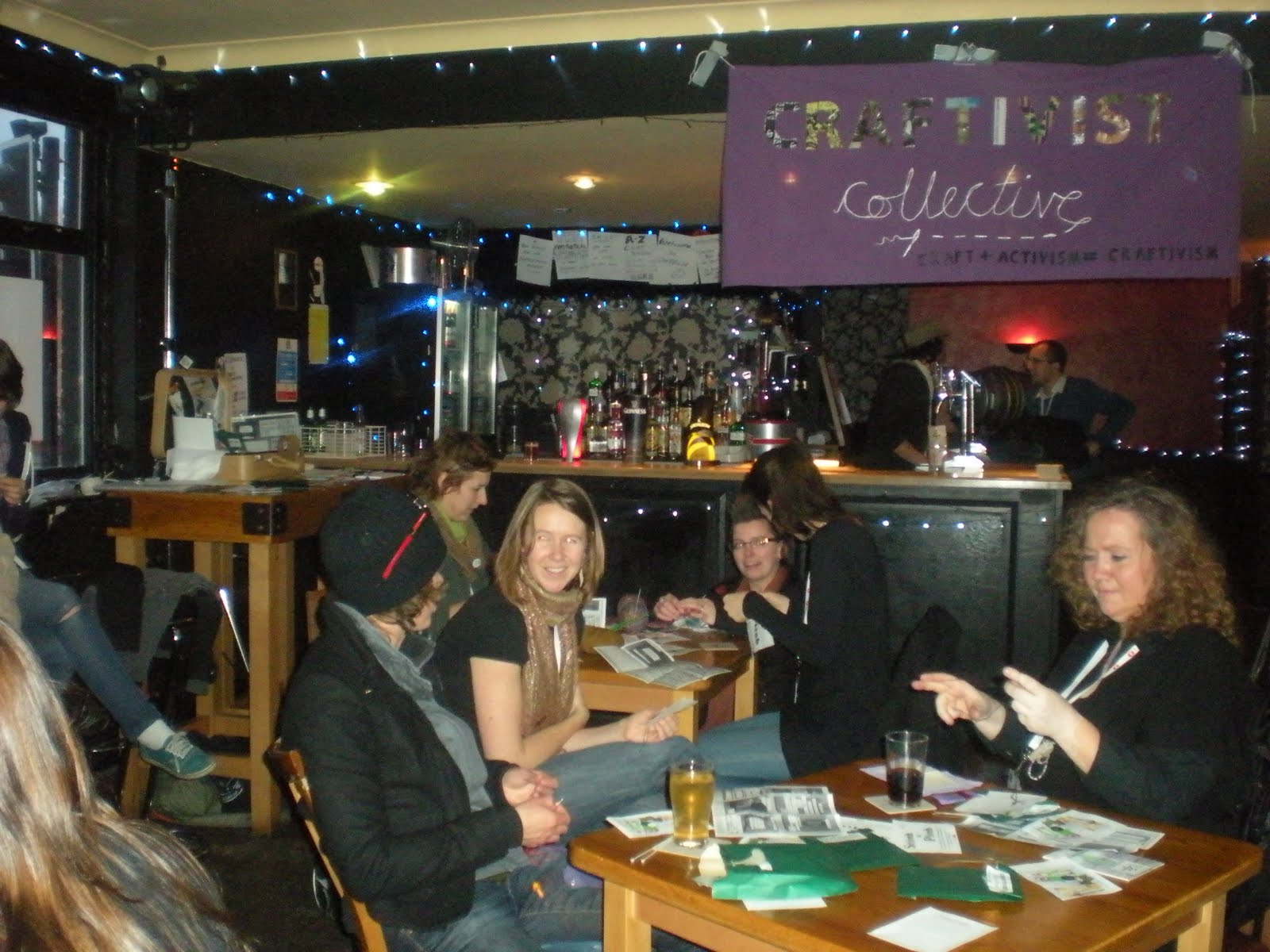 The Craftivist Collective were invited to Sheffield (UK) Doc/Fest 2009 because this year it included lots of documentary films that call for social and political change and demand action (e.g. the films: Guilty Pleasures, The Cove, Rough Aunties, A Time Comes and more). As well as showing many films, a lot of what Doc/Fest is about is finding distributors and funders for film projects (features and shorts) so there is a lot of networking ‘sessions’ that happen around Sheffield for this reason.

Doc/Fest decided to do a ‘Stitch and Pitch’ networking session and thought we would be perfect for this. We made bespoke Mini Protest Banner Kits with slogans that linked to some of the political films and asked people to make these banners and hang them around Sheffield to encourage people to think about such issues as corruption, slave labour, human rights issues, environmental damage and animal rights.

We had a lot of fun. All the participants really liked what we are doing and Docfest have asked to have us back in 2010! 🙂

For more photos of the event check out our Flickr set here. Thanks to Fabrications for suggesting us for the session!